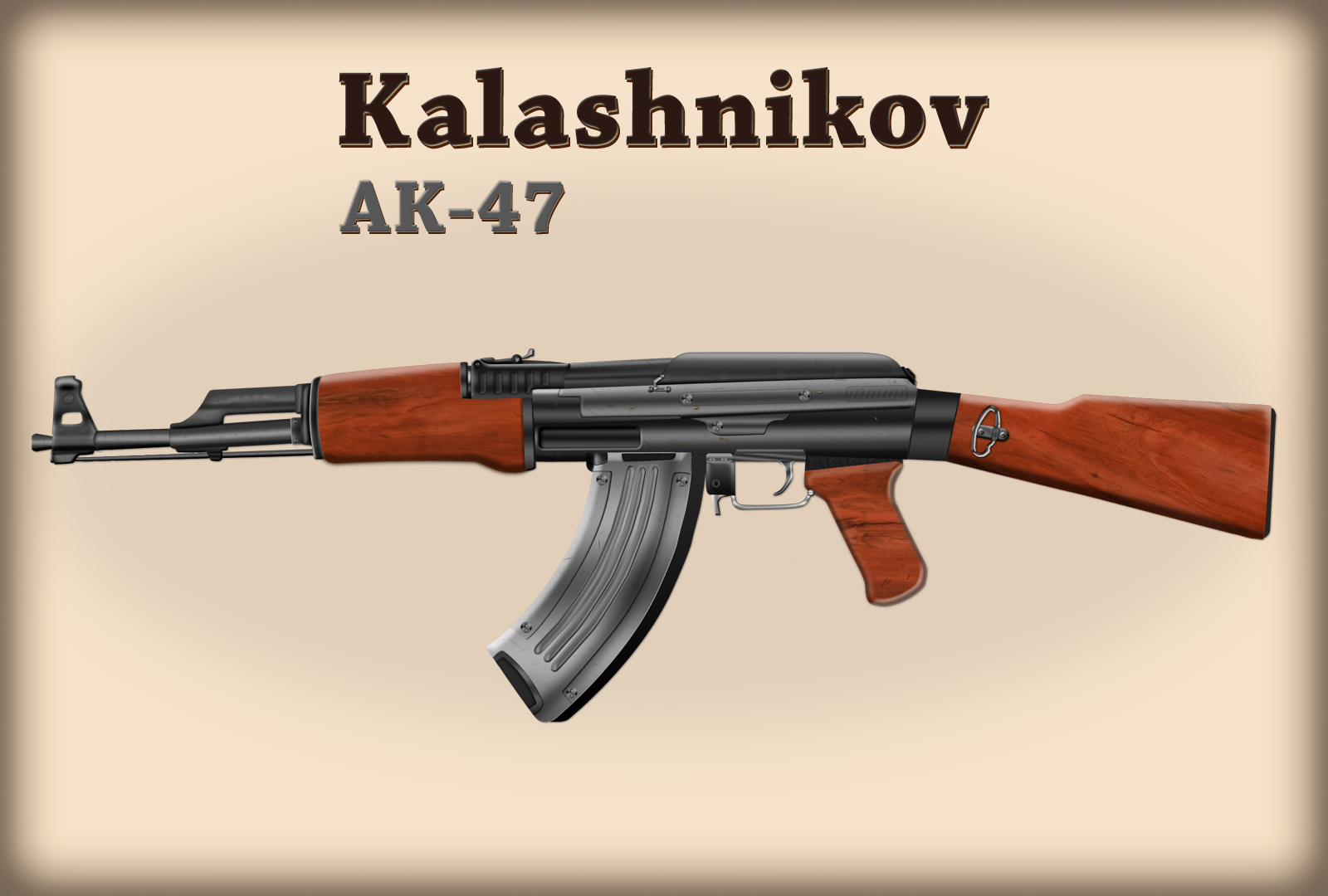 In 1947 if you were given a decision to invest resources in a project that would shape the world, would you choose

Although the nuclear threat forced us into the Cold War and shaped the dance of major powers for 50 years, history chooses the AK-47.  Nuclear power has created a dialogue among world powers but the AK-47 still has a daily presence in every armed uprising on the earth. 50 national armies carry the automatic Kalashnikov and  it can be found in the hands of every guerrilla, terrorist, child soldier, dictator and thug all of whom C.J. Chivers in his book The Gun asserts “found it to be a ready equalizer against morally or materially superior foes.”

When the historically superior US Marines encountered urban warfare in Vietnam, they discovered that the AK-47 in the hands of a single soldier could slow the movement of a company.  This battlefield epiphany continues to plague the US weapons industry and the operational strategy in Iraq and Afghanistan. Why does the AK-47 have such a pervasive influence in our world?  I believe that the answer to this question sheds light on how followers of Christ might have a similar influence.

Could the simplicity, portability, and replicatability of the AK-47 be a model for church?  Or better yet could we find in the methods of Jesus a genius of making disciple-making disciples that is simple, portable and therefore reproducible?

I believe the strategy referred to as DMM (disciple-making movements) is the spiritual AK-47 of our generation.  It’s reliance on the Bible alone, simple and repeatable group strategy along with a culture of obedience and reproduction are a mixture for spiritual revolution. From the Bhjupouri in India to Indonesia to the Horn of Africa and west across the continent, DMM continues to be used by God to spread the gospel and build obedience focused, Biblically functioning communities rapidly.

The fundamental principles that make the AK-47 the weapon of choice for every armed revolution since its inception are the same principles that Jesus laid down and Paul practiced.  Acts 19:10 describing Asia Minor 19 years after Jesus’ death and resurrection, identifies at least 15 million people heard the good news.  The good news went viral without social media!

The beauty of the reproductive nature of these communities is they move people in a learner oriented atmosphere thru the story of God’s work in our world to build churches that replicate quickly spreading the good news.  This highly contagious practice sets the good news free to be the power of God it is intended to be.