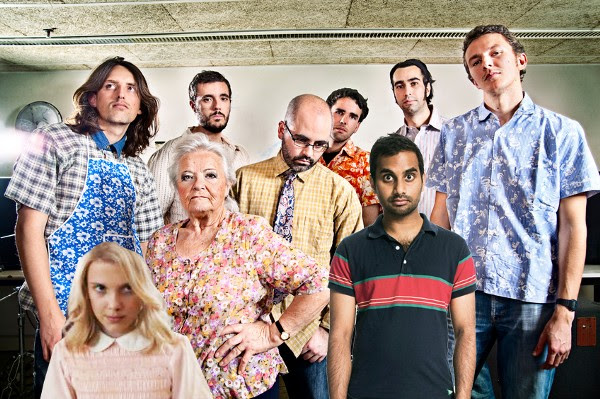 I’ve always loved titles of classes of people.  They make you proud, cause you to revolt and sometime just laugh.  #perennial!

Love this from Gina Pell.  See notation below to find her work.

Because age ain’t nothin’ but a number

This content is appropriate for people of all ages. And that’s the point. The days of targeting media and products at people based on their age is over.

The Millennial Cliché. If you are older than 36, the upper limit of Millennial age, chances are you’ve done your fair share of trash talking about this generation. I’m a culprit. But, I stopped cold once I remembered I was far worse back in my day. My partner Amy and I began our careers in the dot com biz when the internet was as fledgling as our ability to run a startup on angel funding. Amy was 27. I was 32. My accountant-trained parents asked how my company was going to pay back the million dollars I raised from investors. I said, verbatim, into my Motorola StarTAC, “Earned revenue is very 20th Century thinking, Dad. It’s all about eyeballs right now. You wouldn’t understand.” At least, Millennials can’t stand their monikerand are even harsher critics when it comes to judging their contemporaries, so why rub it in? It’s time we rewire our collective Pavlovian response, Millennials = entitlement, and find the overlap between all ages.

Generation Ex. The term generation used to refer to parents and their offspring every 25 years. It wasn’t until the 19th Century that it mutated to describe the social cohort we are born into. The Baby Boomers (1946–1964) are the first and only officially recognized generation by the Census Bureau because of its clearly defined characteristics. Leap forward to 1991 inGenerations by Strauss & Howe and the moniker Millennial is coined. It took another decade for marketers and the media to up-spin Millennials, whose birth years fall within the range of 1982-2004 as “the next greatest generation” and begin focusing all their efforts to woo these limelit consumers, voters, and likers. As for the rest, born before 1982, well, the rest is history … irrelevant and in the past.

Generational Segregation. Tolerance feels unattainable when there are hard lines drawn between decades, and terms like Boomers, GenX, and GenY keep us separate and at odds. The media’s adoring gaze is focused solely on the Millennial timeline and it’s light’s out for everyone else. In a recent article in the ABA Banking Journal it’s suggested, in fact, that “attitudes and habits that are widely thought to be millennial-specific may actually be quite widespread among the general population.” Relevance belongs to every age not only during the period of a generation’s ascension to power. Take Sarah Jessica Parker who debuted on Broadway as little orphan Annie then went on to become the game changer of fashion and friendship as Carrie Bradshaw. Today she stars as Frances on HBO’s Divorce,a grittier take on conscious uncoupling. She’s been a Perennial all along.

Hashtag Perennials. I spent the past year ruminating on an appropriate sobriquet to describe a set of people based on psychographics not demographics that would include Millennials, as well as people of all ages. I began floating the term Relevants to see if it stuck until a wise New York Times journalist pointed out that saying “I’m a Relevant,” could be misheard as “I’m Irrelevant.” So, I turned to my husband Dave, the dude who writesNextDraft and king of catchy headlines. He was dozing off next me on an airplane, “I got it,” he said, “You should call them Perennials.” I quickly searched all definitions of perennial: enduring, perpetual, ever-lasting, recurrent, ever-blooming. Thus, Perennials was born.

Netflix and chill. It’s time we chose our own category based on shared values and passions and break out of the faux constructs behind an age-based system of classification. By identifying ourselves as Perennials, we supplant our constricting label with something that better reflects our reality online and off. Amazon and Netflix get it right with recommendation engines that target people based on behavioral data over outmoded generational stereotypes, so why shouldn’t we?

Gina Pell is Perennial #1 and the Content Chief of The What, a clever list for curious people. Get The What in your inbox.